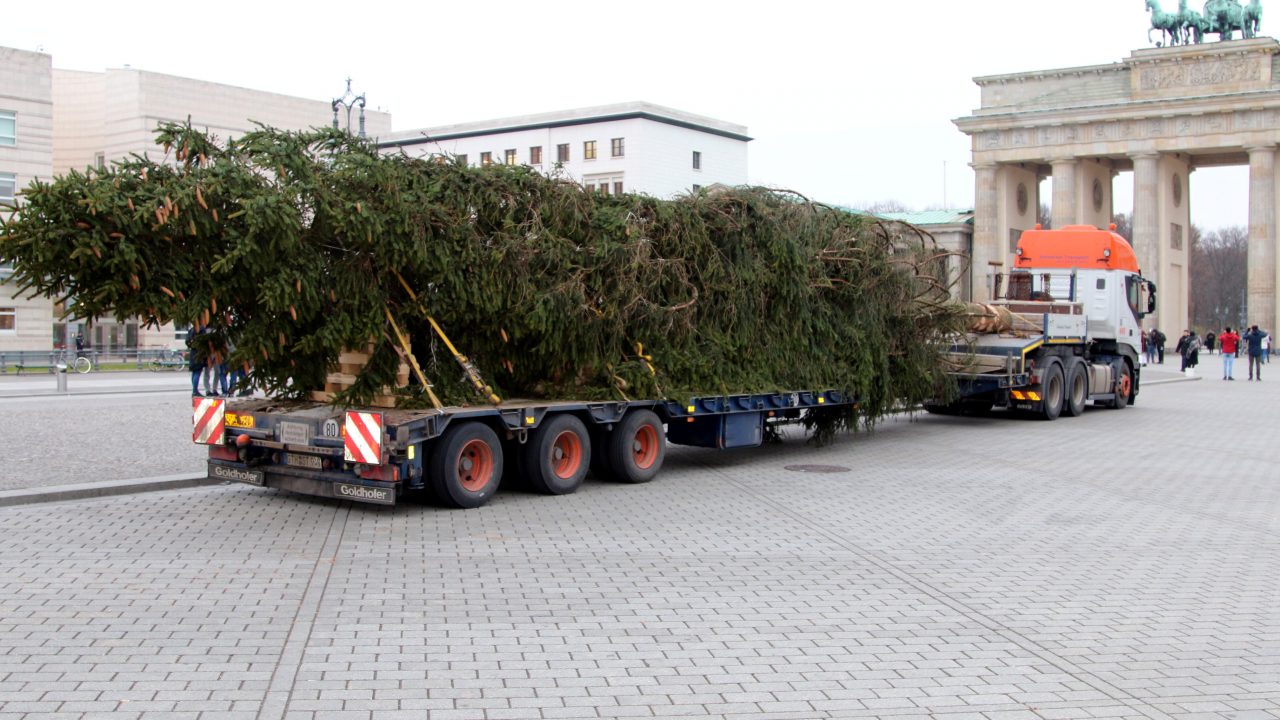 From Thuringia to Berlin: UT delivers Christmas tree to the Brandenburg Gate

It is probably the most famous Christmas tree in Germany and is located in the middle of Berlin. Since the 1st Advent, the 21-meter-high and 2.8-tonne tree is now shining brightly in front of the “Brandenburger Tor”. The spruce found its way out of the Thuringian Forest to its destination in the heart of the German capital with the help of Paderborn’s heavy-duty specialist Universal Transport.

“Transporting “Oldtimers” is not unusual for us. But an 80 years old tree on a low loader – that’s something special. For about eight decades, the tree grew near the Rennsteig and has now found its last, worthy place in Berlin, “says Universal Transport CEO Holger Dechant.

As the experts say, the spruce was harvested on the Ebertswiese in the Thuringia Floh-Seligenthal. The tree was stored at the Universal Transport branch in Gotha for one day before embarking on its approximately 330-kilometer journey from Thuringia to the capital. This 24 metres long heavy transport took just under a day.

Until 2014, the Christmas trees on Berlin’s most famous place were sourced from Norway and delivered by ship. Since 2015, they have come from the Thuringian Forest and the transport has been made significantly more climate-friendly by truck. Universal Transport is proud to say that we are getting this tree to Berlin safe and on time since then too. 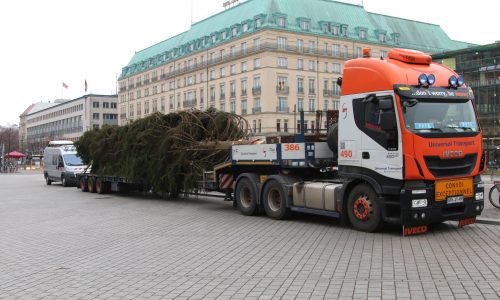