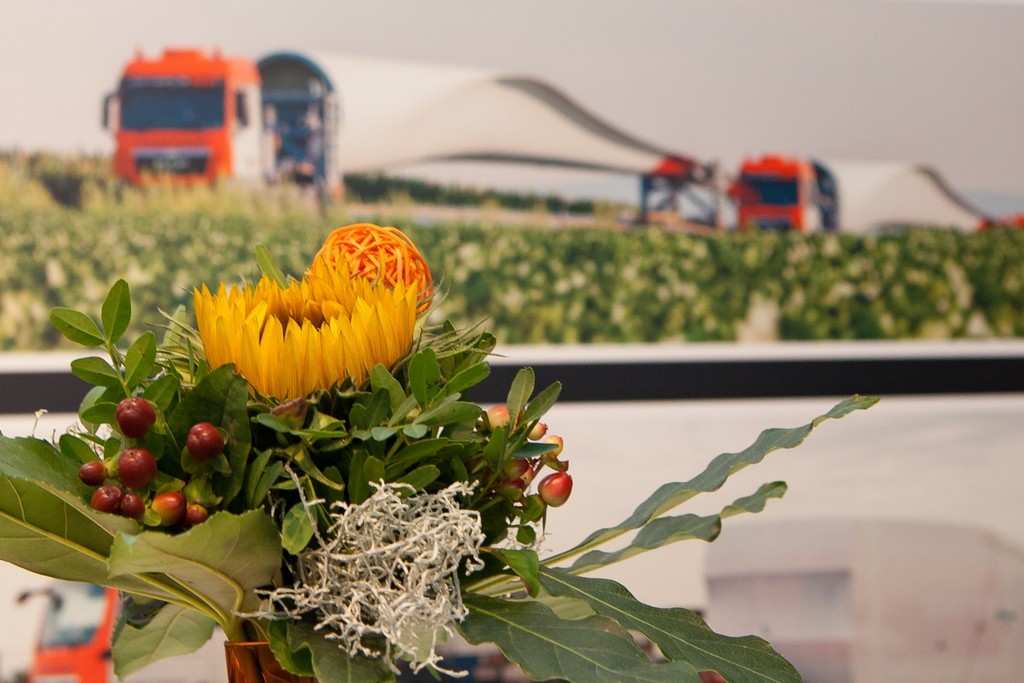 Universal Transport already at the “HUSUM Wind” for the fifth time

For more than a quarter of a century, the wind power industry has been meeting in the North Frisian district of Husum.

During this meeting of wind turbine manufacturers, component suppliers, energy suppliers and many other stakeholders in sustainable power generation, Universal Transport will be exhibiting at HUSUM Wind from 12th to the 15th September. Interested guests of the leading trade fair can visit the heavy load specialist in Hall 5 at booth B15 during the four days. Our employees look forward to talking to you.

In the history of HUSUM Wind, whose partner country is North Rhine-Westphalia this year, the home of Universal Transport, it’s already the fifth participation of the logistics provider. Around 17,000 visitors were counted in 2015 at the branch meeting which is held in a two -year cycle, the organizers expect an even higher number of guests