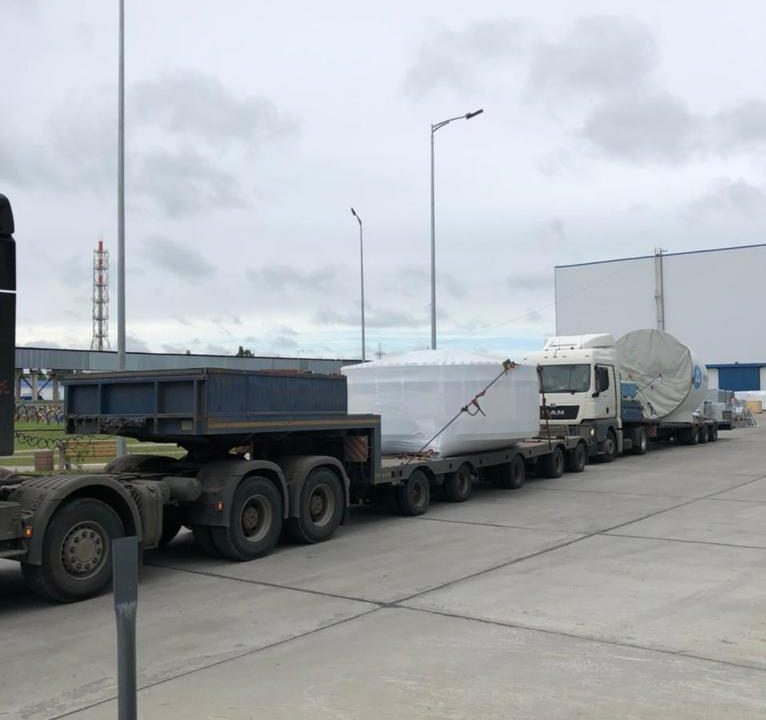 The wind energy sector is still a young, but rapidly growing industrial sector in Russia. Several large onshore wind farms are currently under construction or in the planning stage. The team from Züst & Bachmeier Project is always on duty here. The last transport  for a large-scale wind energy project in the Stavropol region, which started in September 2020, is due to finish shortly.

Over the past few months, the Universal Transport Group has brought the various elements for wind turbines from the Russian Volgodonsk to the construction sites of the wind farms in Ipatowo, Novoalexandrowsk and Simovniki, a total of 576 times . The distances, some of which are more than 300 kilometres long, took around one day each. Bottlenecks and construction sites made it difficult to transport the sometimes oversized and heavy cargo. In addition to gondolas, hubs, and other accessories, 144 generators were transported as well. To ensure that the total weight of the loaded vehicle remained below the 80-tonne limit, Züst & Bachmeier used a particularly light vehicle combination here. In this way, complex and lengthy approval procedures could be avoided, and the preparation time could be reduced to approx. 3 weeks.

Universal Transport has been represented in Russia since 2013. A special focus is on project shipping.

<< Back to the overview