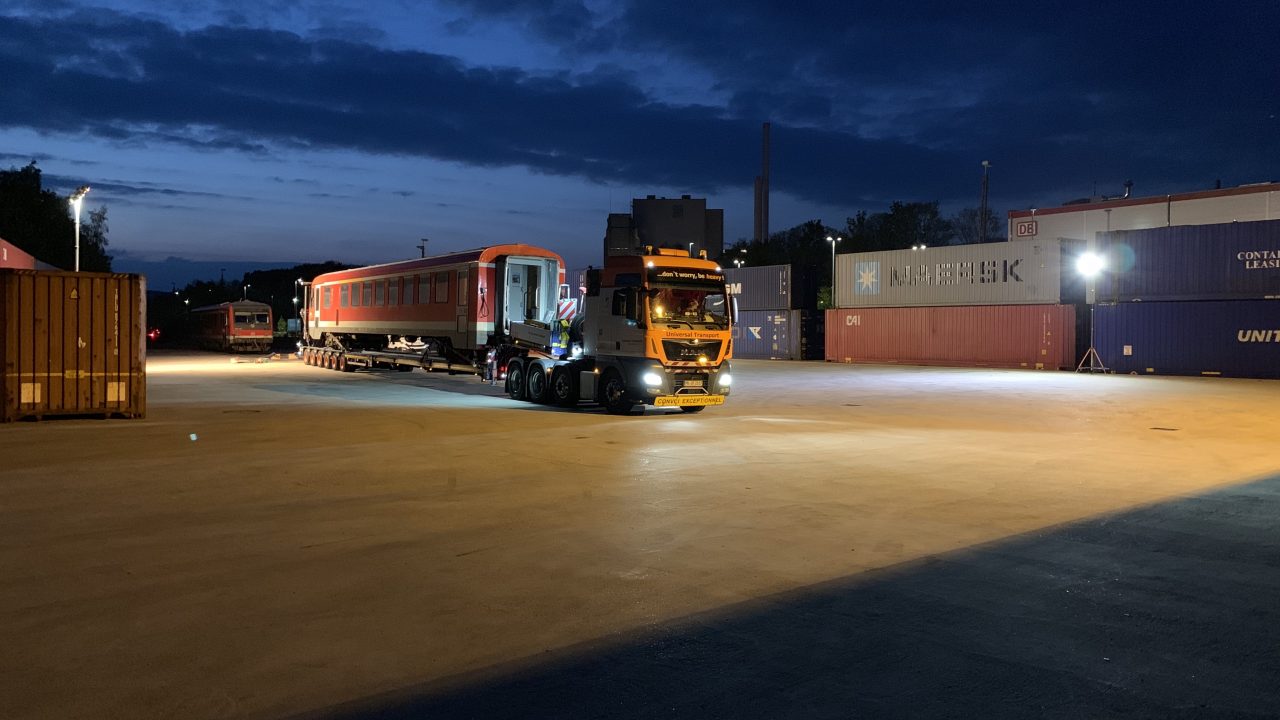 Rail vehicle on the road

The German Federal Agency for Technical Relief (THW) supports people in Germany and worldwide with technology and know-how in emergency situations.
In order to be able to practice the correct behaviour in disasters in “real live” situations , the THW Korbach got an electric hybrid train of the DB subsidiary Kurhessenbahn on permanent loan. The Paderborn based heavy-duty specialist Universal Transport took over the transport of this special transport on the road.

The transport of this train, model 628, took place in the middle of May from the main station in Korbach, Hesse, to its destination, the exercise area of THW Korbach, two kilometres away.
Since the train consists of two parts, each with a length of 22 meters, a width of 2.85 meters and a height of 4.16 meters and a weight of 41 and 31 tons respectively, the transports were done one after another. For this purpose, a special trailer from Universal Transport was used, which is equipped with a rail guide embedded in the loading area. By means of a hydraulically raiseable and lowerable rear extension, the train could be pulled directly onto the semi-trailer and unloaded without having to leave the rails.
“The lead time for the planning was two weeks which normally should be enough. However, despite timely submission of applications, we received the necessary permits only one day before the transport, this was a close call. But thanks to our well-rehearsed and experienced team and the energetic support of our partners, everything went smoothly, ” reports Dennis Gisella.
The loading and the transport itself took about 15 hours – from early Friday afternoon to Saturday morning. The transport was accompanied by THW and the local police with several vehicles. The traffic control measurements, such as laying the bridge panels and the removal of the signs, were implemented by THW Korbach this time, who also took care of the illumination of the loading and unloading station.

The train will be used by the THW for so-called re-rail exercises, this enables the THW to practise the safe handling of a train in case of an accident. The THW plans to carry out joint exercises with other aid organizations, such as the fire brigade as well. 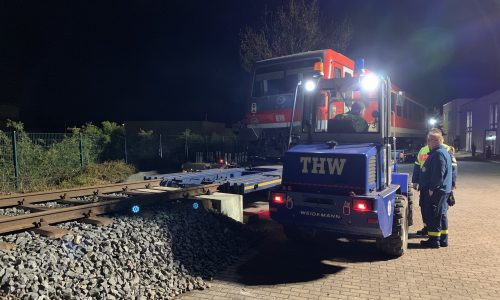