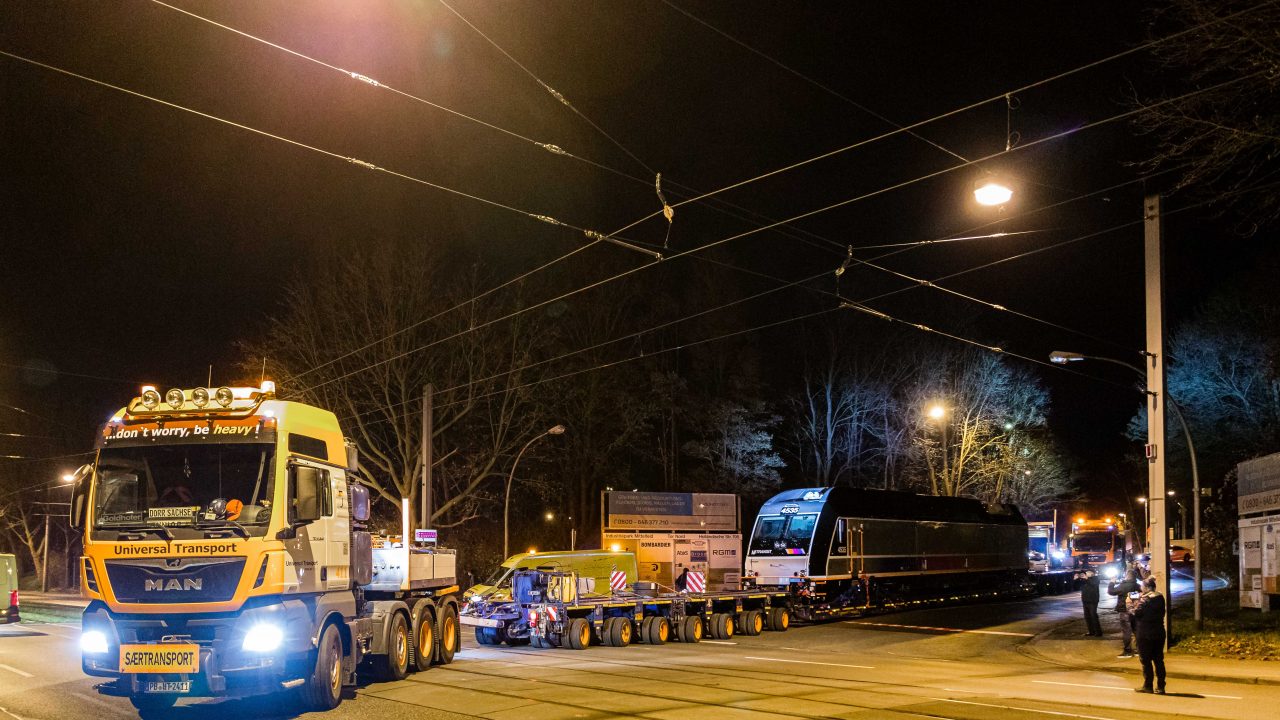 Transport of locomotives from Kassel to New Jersey

A total of 25 locomotives from a plant in Kassel will serve rail lines in New Jersey, USA soon. The first special locomotive successfully reached its destination mid-January this year. The transport of the locomotives from the plant in North Hesse via the Port of Hamburg to the USA is in the hands of the Universal Transport Group and its subsidiaries.

The project forwarder, Züst & Bachmeier is responsible for organizing and handling the transport, including unloading, in the US port. Universal Transport takes care of all necessary work up to the seaport. The implementation of all necessary measures to prepare the route as well as the transport escort are carried out by the StB Verkehrstechnik.

The planning and preparation of this complex transport took over a year. For example, the transport to the seaport had to take place on the road, because the locomotive is not designed for use on German rail networks. On one hand it is too heavy in terms of axle load, on the other hand the built-in train technology is not permitted here in Germany.

For the road transport of the locomotive, however, many traffic control measures were necessary along the 360 ​​kilometres to Hamburg, traffic signs were dismantled, trees had to be cut, roadway plates were laid out and curve radiuses expanded. The height of the transport – the locomotive plus the low-loader measured an impressive 4.50 meters  – posed a major challenge. When crossing bridges, there was often only a few centimetres left.

After four nights, the 90-ton locomotive arrived in Hamburg. Here it was finished off with its bogies. The cargo with a total weight of now 130 tons was then loaded by Ro / Ro ship to the port in the USA, where it was finally transferred directly onto the tracks of the American rail operator.

“This transport is a perfect example of the performance and spectrum of our group. We can handle even complex transports like this smoothly and all from a single source, ”says Hans Unger, Managing Director at Züst & Bachmeier Project GmbH. 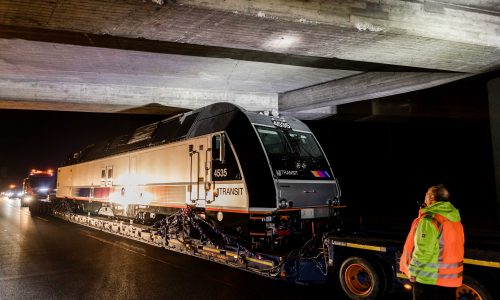 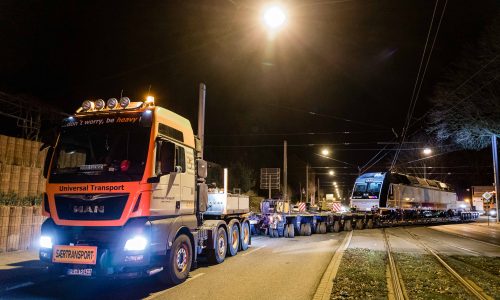