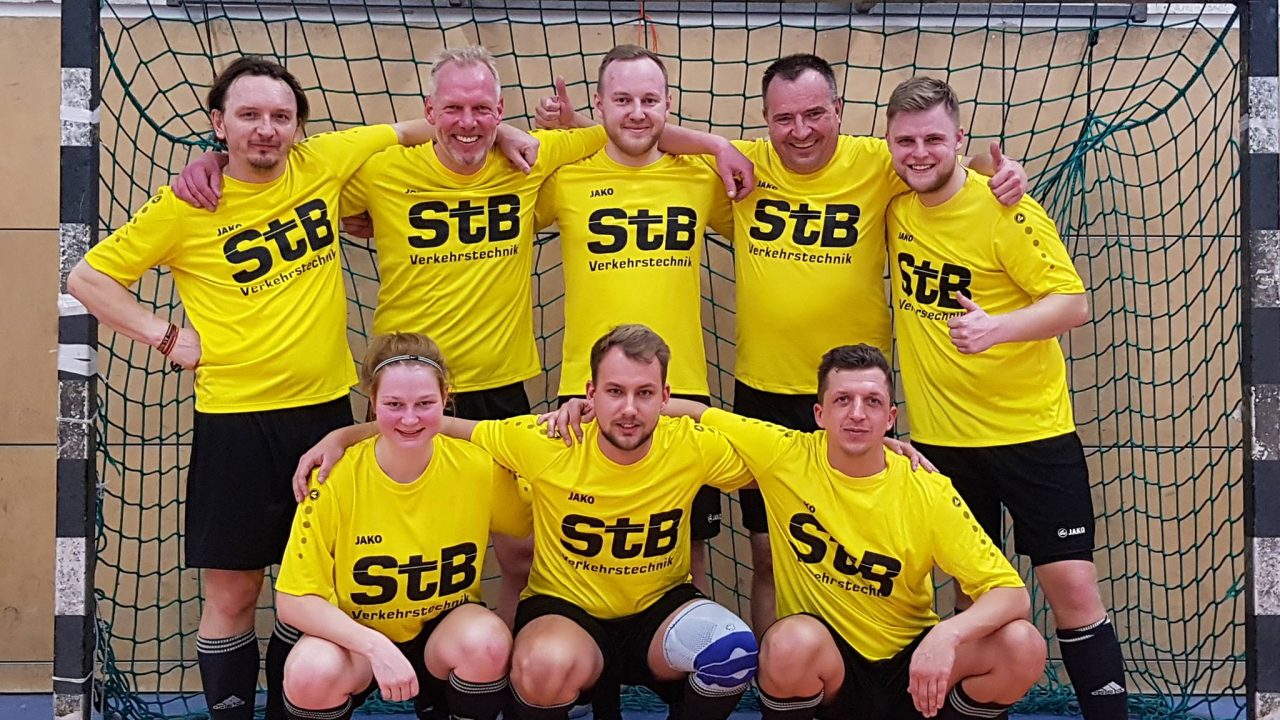 Ten amateur teams entered the charity football tournament “Max Hallenmasters” in Barsinghausen, Lower Saxony, for a good cause. For the second time in a row, our team was made up of colleagues from Universal Transport and StB Verkehrstechnik. Several of our locations were represented at the same time – but the longest route was taken by our Tomasz Framski, who had come specially from our branch office in Poznań, Poland. To show the strength of women even our employee Berit Müller joined the game for a good cause.

About 300 spectators were eagerly watching our “Elf” proving their qualities in February in the Glück-Auf-Halle in Barsinghausen. Unbeaten they emerged as a group winner from the preliminary round. Only in the semi-finals, our boys got beaten by the eventual winner. Playing another game, they managed to get third overall, same as last year.

Even though it was not enough for the big win, all of them came out as winners. This charity event raised a total of 2700 Euros. This amount is split between the Barsinghäuser foundation, which helps the socially disadvantaged and the local art school Noa Noa, which uses the proceeds to finance various courses for children and adolescents whose families could not afford such opportunities otherwise.

“On the pitch as well as in the implementation of customer projects our team shows, what matters is good teamwork and smooth interaction. We are proud that our employees not only give 100 per cent in their jobs, but also get involved making an important contribution to society in their spare time. We were happy to support this social event through StB Verkehrstechnik, “says Nico Koch, Managing Director of StB Verkehrstechnik.