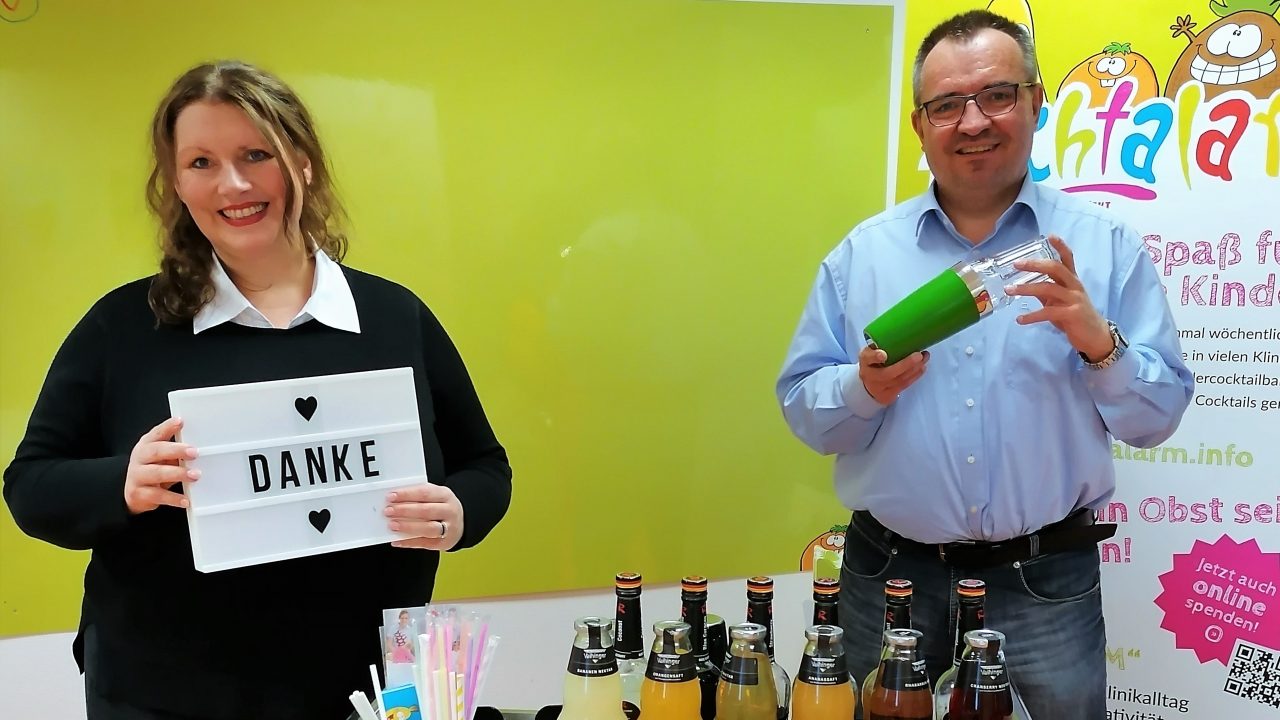 More self-determination and zest for life for children with cancer – the campaign “Fruchtalarm” wants to achieve nothing more and nothing less. Universal Transport supports this children’s cancer project. In December, Holger Dechant presented a generous donation to Eliza Schilling from Fruchtalarm. Once a week, the volunteers visit children’s cancer wards all over Germany with their mobile cocktail bar. Colourful and flavourful fruit cocktails are created from different juices, nectars, and syrups, which children and young people can mix themselves or at least put together according to their wishes. The idea behind this, despite their serious illness,  is to offer the children and teenagers more activity, self-determination, and joie de vivre in the otherwise strict clinical routine.

Even in COVID-19 times, the “Fruchties” came up with concepts to give the little patients other ideas, including interactive live streams where cocktails were mixed in front of the clinic, specifically to the patients wishes,  and then brought to the ward. Even “cocktail cases” which contain all the utensils needed to make your own special drink, where used.

“This project suits us perfectly. We can help put a smile on the face of sick children and are involved both in the Paderborn region, where we have our headquarters, and throughout Germany, where we are represented with branches all over as well, ”says UT managing director Holger Dechant. Eliza Schilling is pleased: “The commitment of Universal Transport supports us in raising a positive alarm in the children’s cancer wards.”

“Fruchtalarm”  is currently working with  31 German children’s cancer wards. 32 teams, each consisting of eight volunteers of all ages, work here. The initiators and helpers are also working continuously to be represented in all  50 children’s cancer stations across Germany at some point. An expansion of the campaign to neighbouring countries is also imaginable. Universal Transport intends to continue to support this amazing project in the future. 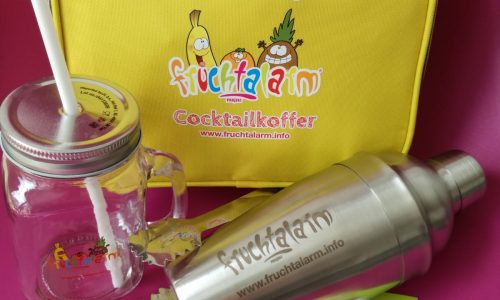 << Back to the overview