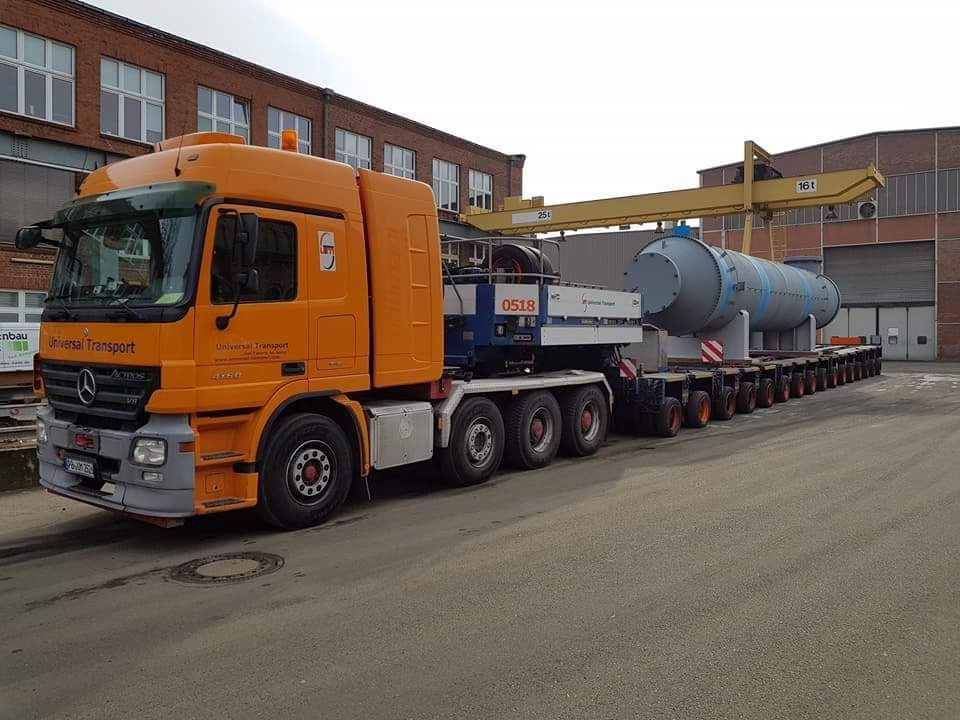 In the first quarter of 2018 Universal Transport accepted a short-term transport in Berlin for the transport of two tunnel coolers. Only two days’ time was given to plan a route completed within three hours of driving on the streets of the German capital. The waterway to the Westhafen was no option at that time, as the Berlin canals were frozen and the use of an icebreaker with the heavy cargo would have destroyed the landing site.

So, the Universal Transport team calculated the statics for many bridges, including an overpass over Beusselstraße over the tracks of the Ringbahn near the Westport, to find the most efficient way on the road.

The tunnel coolers for a project in China, with a total weight of 174 tons, were not suitable for all routes. As time was short, two vehicles – heavy-duty trucks with 16 axles – were used one after another to save the vehicle doing the same 3-hour journey twice. 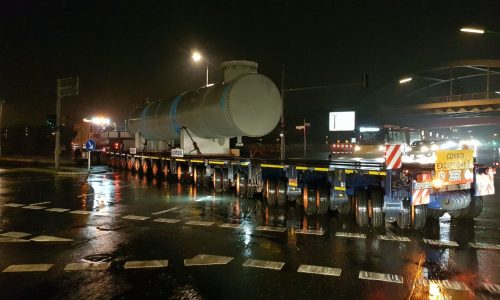 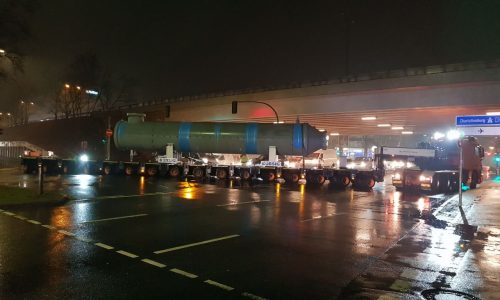