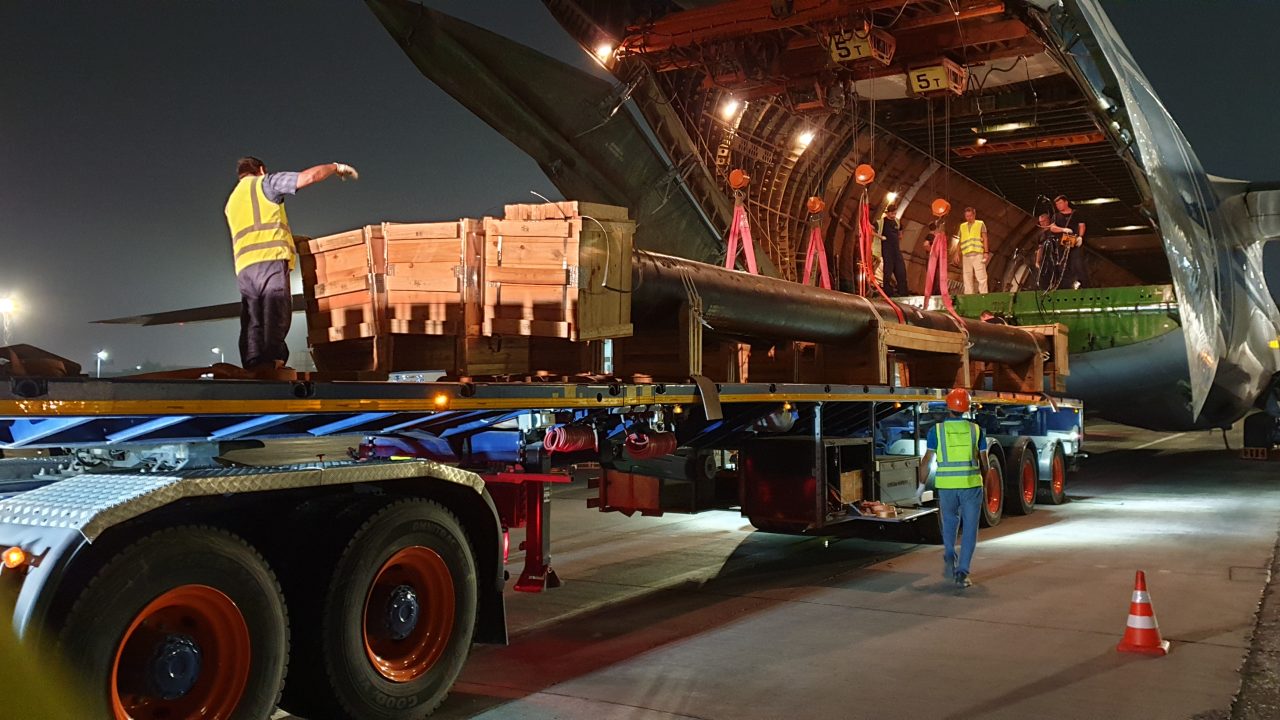 Cairo Airport: The Antonov AN-124-100 lands in the Egyptian capital on a warm summer night in August. As one of the largest cargo aircraft in the world, it is particularly suitable for heavy loads. This time, the giant plane delivered pipes for an oil company in Abukir with a total weight of 57 tons.

Universal Transport’s experts are already waiting on the runway with two special vehicles to load the cargo. Directly from the aircraft cargo space, the 15-metre-long, 2.16-metre-wide and 0.66-metre-high pipes are placed on the extendable semi-trailers and semi-low loaders. From here, they take the cargo on the road to the port city of Abukir, which is located on a promontory on the Mediterranean Sea northeast of Alexandria, around 270 kilometres from Cairo airport.

It only took Universal Transport two days in advance to plan and manage this transport. “We can only deal with transports at short notice like this, because we have  local branches.  Thanks to the local knowledge and language skills, our colleagues can carry out all important planning in a timely manner. This is how we handle it not only in Egypt, but also in other countries such as Turkey, Germany, Russia, Poland or the Czech Republic,” says Holger Dechant, Managing Director of Universal Transport.