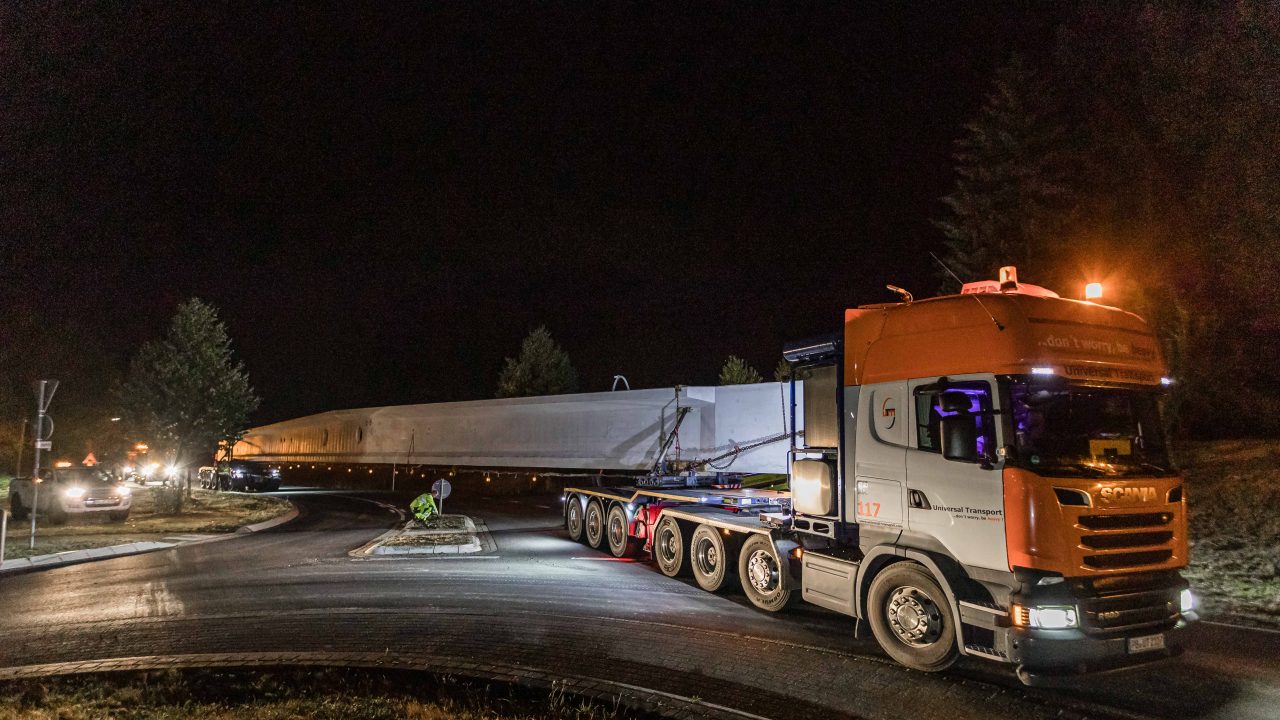 Nothing is impossible with Universal Transport. The handling of heavy goods  is one of the most demanding services which also requires intensive planning in the logistics sector. Yet again, our Bamberg branch proved this in August.

In two consecutive nights, a total of 12 transports, each with a length of 52 metres and a total weight of approx. 130 tonnes per transport, were carried out for a customer in Eichenzell in the Fulda district. The cargo was concrete beams, more precisely prefabricated beams, which are usually made of reinforced concrete and are needed for the construction of a hall in the surrounding area.

For the implementation of the mission, six long load combinations with Dolly were used every night. Six BF4s and three BF3 escort vehicles were used to accompany the transport. The tricky bit was the exit :  the trucks could only leave the factory premises backwards and had to drive like this to the junction of the A66 in order to be able to turn  on the driveway to the motorway. From here the transport could continue as normal.

Good preparation, the right equipment and, of course, teamwork are a must for every transport. Our team in Bamberg did a great job here,” says Karsten Hillebrand, branch manager Universal Transport Bamberg. 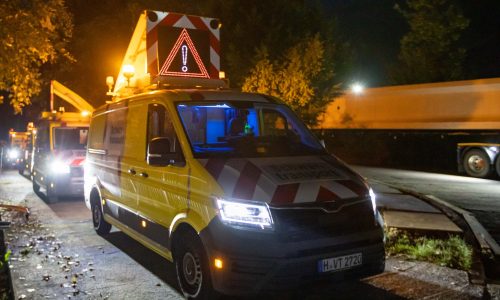 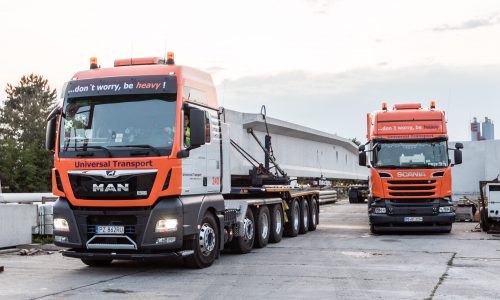