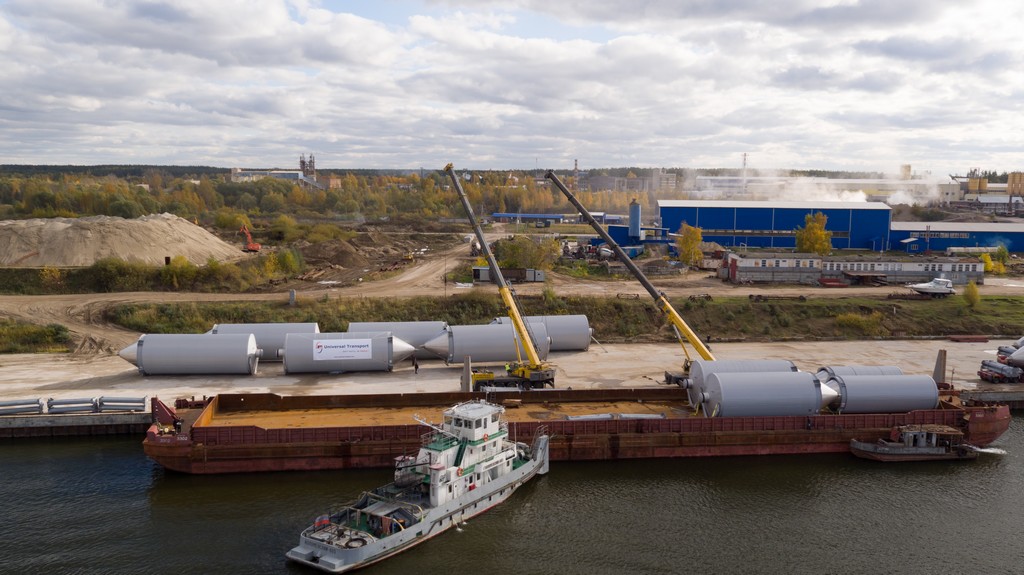 At night over the water

In the period from September to October was Universal Transport involved with a multimodal transport from Belgium to Russia.

A total of 30 containers, each with a diameter of 5.7 meters, were sent by inland waterway vessel and finally brought to Lipetsk by heavy-duty truck. After the intensive preparations, including route planning and obtaining the necessary permit and customs documents, the long journey could start. The transport took place in three parts of ten units each. The Shipment was realized via the Belgian ports of Brügge and Ostend. The transit time of the seagoing vessels to the Russian St. Petersburg was each one week.

The second part of the journey was also over water.The onward transport by inland vessel could only be done at night, due to the extent of the load, since at these times the bridges are open.  For ten days the ships wound south up the Newa until they finally reached the port in Kolomna which is 110 kilometers southeast from Moscow.

Once we have got there, the transshipment of the components took place with the help of 2 truck cranes on to the heavy duty trucks. The last section of the route took about 750 kilometers on the road to the south. On the comparatively long way for heavy-duty trucks had the colleagues from St. Petersburg a number of measures are taken to ensure a smooth transport. Among other things, due to the enormous height of the cargo, the power lines were raise, trees had to be cut down and traffic signs were removed. So, the full program of traffic control measures had to be used. 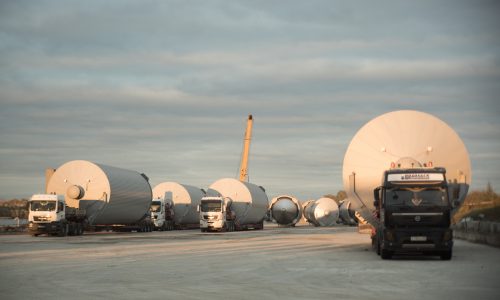 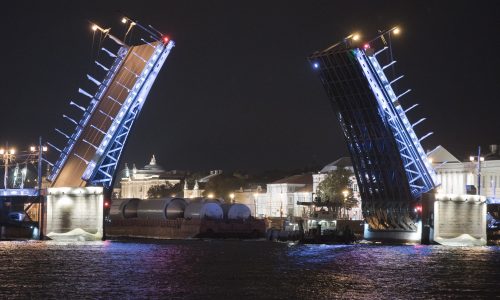