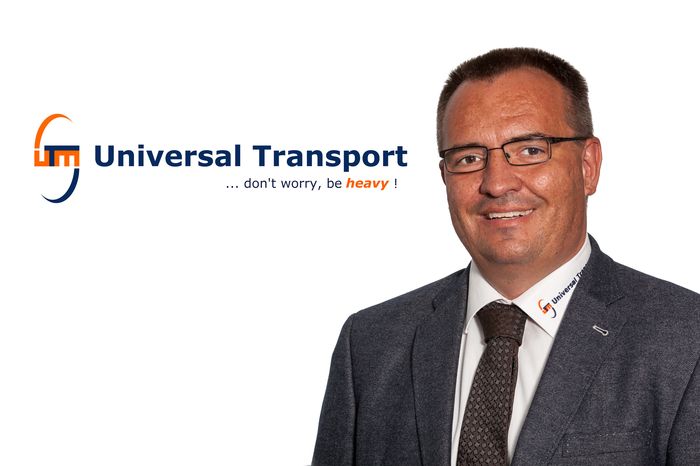 Mr. Dechant, Universal Transport has already established itself in many countries, e.g. Eastern Europe, North Africa, Russia and last but not least Turkey. However, you still looking further. What is the future geographic orientation?

Within our core countries, we are at home in the different types of heavy goods logistics for our customers. This will always be the case. However, project transports in a globalized economy are, in many cases, transnational. In principle, we can represent intercontinental logistics chains from our existing branches. But if a critical mass of transport volumes is feasible in a target market, we will of course also evaluate the opening of a new location. Last year, we have successfully ventured into Egypt and since October we have been using the first own fleet of vehicles on African soil through the Universal Transport Egypt.

Which regions and countries are currently in the focus?

With the approach just described, we do not want to get bogged down. But the countries in Central Asia, especially Iran, show an exciting potential for development in our view. Here we should keep our eyes open for new exciting projects.

Is this the reason you took part at a delegation trip to Kazakhstan with representatives of German politics and business this summer?

This is true, because the industries that are particularly developed in this country, with its almost 18 million inhabitants, whether it be the energy industry, the railways or agriculture with its huge farm machines, naturally also fit very well with our range of services for transporting particularly heavy and large goods. In this respect, it was exciting to discuss the current developments and projects of the local economy with Kazakh authorities and to discuss the role played by the logistic component in a country almost eight times the size of Germany. Also, to learn more about the German-Kazakh economic relations and what opportunities for growth are tucked away there.

A step from Universal Transport to Kazakhstan is therefore not excluded?

Considerations in this direction existed and continue to exist, especially after the positive impressions of the recent visit to Astana. But as already explained, we are examining such a path very precisely before we want to advance on it. A high percentage in the decision is the quality of the local partner or the employees who are hired, as to whether such step is successful. Only through the local know-how gained in this area for a permit-intensive business, such as heavy goods logistics, can we achieve the optimum transport solutions for our customers, thus creating added value through the on-site presence. We will continue our market research and then make well-considered decisions according to our client’s needs. Due to the extensive network of our wholly-owned subsidiary Züst & Bachmeier Project GmbH, we can offer a wide range of services in many countries anyway.